Splatball vs Paintball – What are The Similarities And Differences?

Paintball is already too familiar to young people. Have you ever heard of splatball? Is there anything in common between splatball vs. paintball? What is the difference between them?

Paintball Advisors will give you basic knowledge about these two exciting games in this article. Let’s explore together! 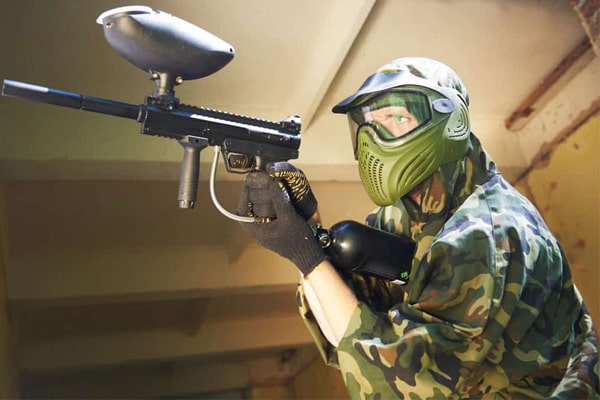 Paintball is an extreme sport that is popular among young people today. In it, the player has the task of completing the opponent’s elimination by hitting the opponent. The opponent can be a team or an individual. Weapons are paintball markers (contains paint and gelatin glue).

When someone is “hit” by a bullet, his clothes will be “covered” with paint and glue. People often wear masks when playing paintball. In general, paintball is an adventure game but safe.

Splatball is similar to paintball. However, it is your “softer” version of paintball.

Why did the Splatball appear? Following the success of paintball, people invented splatball to target families and children.

Low-speed paintball guns often use smaller and lighter makers and balls. It becomes a fun game for birthdays, celebrations, or camping.

The Similarities Between Splatball vs. Paintball

As mentioned above, splatball is a “softer” version of paintball. Hence, the two kinds of games have a lot in common.

The weapons of both games are paintballs. They will burst out when touching the enemy. It’s not as dangerous as real bullets. But it feels unexpected when suddenly being “shot.”

People use paints without any substances because they are not harmful to the player’s health.

Skip the boring games, the splat ball, and paintball that make any guest unable to sit still. They are so fun and festive. So they can be the role that connects everyone in those events.

The rules of splatball are pretty similar to paintball. In the past, whenever you were “shot,” you had to get off the field.

However, players now have more chances to return to the area. Players only need to withdraw to a checkpoint. After that, they can continue to join the game.

Adrenaline may be the biggest reason why this sport has become so developed.

You will feel like you are participating in an actual match. You have to crawl, run, retreat, hide, etc. The goal is to defeat the opponent but still protect your life (protect your body from paintball). 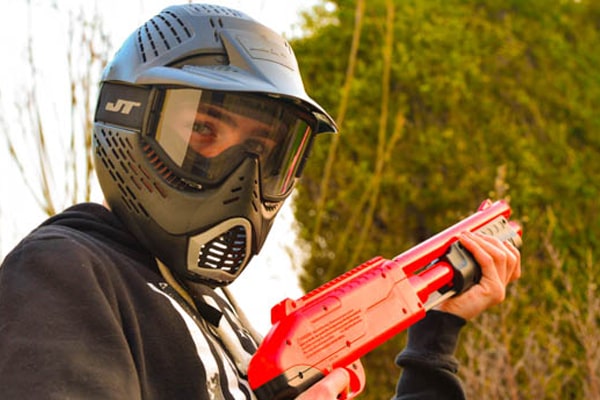 The Distinction Between Paintball vs. Splatball

However, these two games also have a few differences. What are they?

This ordination takes place almost everywhere. In addition, you should also find out the regulations of your state. Therefore, you can be sure that the location is suitable for playing these two games and the allowed age.

Some good locations even have insurance for you. That is up to you. But it’s just to make sure you’re “protected” if any bad thing happens.

There is a vast difference in the number of balls in each session when playing splatball vs. paintball.

There is no limit to the number of balls you shoot in that session. People usually arrange two ball tubs at the two ends of the field.

When you run out of ammo, simply retreat to the tub areas and refill your ammo before returning to the field.

You can load up to 15 ammo in one time. Each time you pull the trigger, you will shoot one time. Therefore, the more focused you are to shoot, the more shots you will get.

In general, the player usually loses 400 ammo in each session. That’s just the estimated capacity. And you can shoot as much as you like according to your health and aggressiveness.

It happens exactly the opposite of paintball. You can shoot automatically with a paintball gun. Of course, if that’s the case, then your speed and power of fire must be far beyond that of a splatball.

According to estimates, you can shoot around 1000 ammo within 10 minutes. Of course, that only happens when there is no limit on the number of balls. Unfortunately, the amount of ammo is “limited” to avoid waste.

The working principle of paintball guns and splat guns is entirely different. Splatgun propels bullets by spring. Bullet velocity is about 150 kph.

Due to the different velocities, the accuracy is also dissimilar. You can aim accurately within 70 meters for paintball guns but only 30 meters for splat guns. 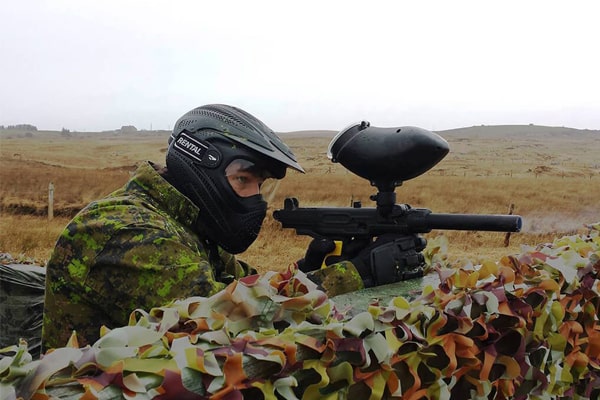 You can find some answers to common questions here:

Playing splatball is pretty safe. You have a strong feeling, but the experience is light. This low-velocity paintball has less of an effect than regular paintball.

The structure of the paintball pellets is straightforward. They are like capsules with gelatin shells.

The composition of the paintball consists of a colored fluid surrounded by a gelatin shell.  The “paint” part is non-toxic, biodegradable, multicolored, and soluble in water. Therefore, players can easily wash and wash paint stains.

In general, splatball vs. paintball has more similarities than differences. Depending on your age and the playing style, you can try and enjoy them. They will bring the most glorious moments after tiring working hours.