How To Use A Paintball Gun? Are You Ready To Fire The Paint

Pro paintball players have to show off outstanding tactical skills, quick reflexion, and, most importantly, precise shooting. If you can’t hit your opponents accurately, your team is the one to get paintballs!

Using a paintball gun is not overly complicated but not so easy that you can just grab any gun and shoot. Today, we’ll show you how to use a paintball gun properly and shoot with unfailing accuracy.

In case you already know the methods and what you’re looking for is a good-quality paintball gun, you can take the products from Paintball Advisors into consideration. They’ll provide you with the best gear and equipment for your next adventure.

So now, let’s get the ball rolling! 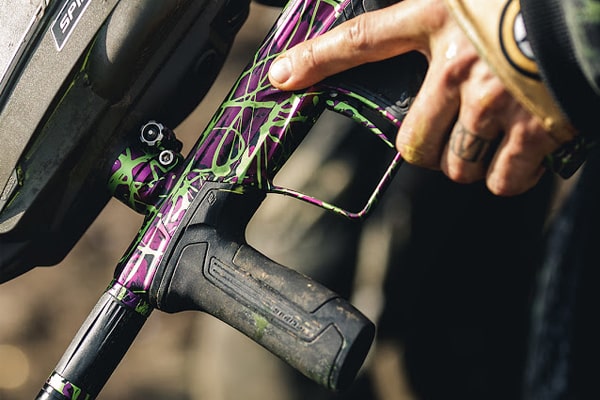 How Many Types Of Paintball Guns Are There?

We can name three major types of paintball markers, including pump, mechanical, and electronic guns. They all have specific upsides and downsides, meeting a specific group of players’ demands. 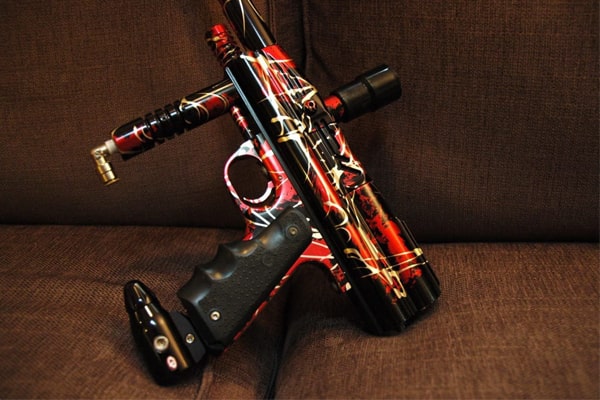 Although pump paintball guns turned up earlier than other genres of guns,  these have experienced a resurgence in the past few years. More and more professional players are going for a pump paintball to get into a fierce game round.

This primitive type of gun requires manual operation. To release a fire, you need to cock the marker using a shotgun-like pump and place a bullet into the chamber for the next shot.

While a pump paintball gun is a nice option for pro players, newbies may find it a tough task. If you’re about to play the game for the very first time, you wouldn’t want to start with a pump marker.

Mechanical paintball guns have appealed to a huge amount of paintball people thanks to their user-friendliness.

Most mechanical markers are semi-automatic, implying that the guns fire one shot for every trigger pull. If you get suitable accessories, they’ll be super easy to use and maintain. That’s the reason mechanical guns are the most popular among those who are new to paintball.

Electronic paintball guns used to be in the luxury range but have been more affordable now. A tight-budget player can still manage to get one.

They rarely require hard effort to pull the trigger. Thus, players can boost the fire rate and take advantage of a higher volume of firing mode options.

Plus, electronic markers have a compact design and deliver quiet shots. They’re the ideal companion that can help you hit rivals without being identified.

How To Use A Paintball Gun?

We’ll guide you to follow four easy steps which can help improve your paintball gun skills: 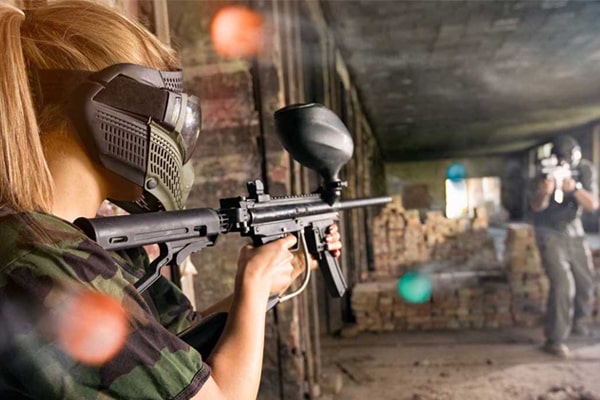 The very first thing you have to learn is how to hold your gun properly. Even though paintball guns are built with safety in mind, you still need to know their mechanism well.

A paintball marker uses a lot of force from high-pressure air to push the paintballs. You should be careful because these bullets rush out at very high speeds.

Here’s how you hold the paintball gun in the right way:

No matter how quick you are, you can’t win a game without aiming exactly at your objectives. Focusing your sight on the gun is one of the most important parts of the paintball gun skill.

To aim the gun, you have to align one of your eyes with the sight of the object-finder on your gun.

Hitting a fixed objective is quite an easy task. However, in paintball, you’ll rarely encounter a standing still opponent.

To increase the chance of knocking down a running target, you should aim a bit ahead of the direction he’s running towards. This way, you can accommodate the paintball’s travel time, and the opponent ends up getting hit.

A common misconception is that you should close the latter eye to deter it from distracting your focus. However, in this fast game, this eye will provide peripheral vision so that you can detect the presence of other enemies attacking you from two sides. 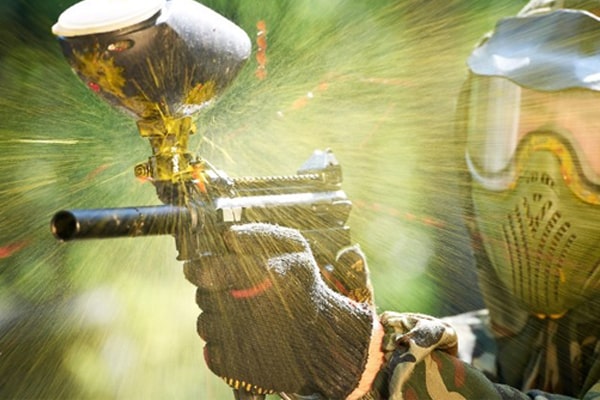 When you shoot from far away, the paintball loses momentum and affects your exactness. You have to use your judgment to measure a proper distance from you to your target.

The closer you are to the objective, the more chance you can give a precise shot. Within 300 feet, a paintball gun can deliver decent accuracy.

Sometimes, your paintball gun goes wrong during the game. If that’s the case, you need to troubleshoot the problem quickly.

Should you fire the gun and no paintball rush out, you might accidentally switch the safety back. Now, you need to set it back fast and start pulling the trigger again.

For the issues that you don’t have any technical knowledge about, you should put your gun in the air to let other players know. And if they respect a fair game, they won’t attack you.

How To Practice Shooting At Objectives?

There are several methods you can adopt to train your shooting skill:

Paintball is a fantastic game for sports enthusiasts who have a competitive spirit. In such a fast game, if you can’t master your paintball gun, you become the black sheep of the team.

We hope our quick tips on how to use a paintball gun can help you take up the challenge with confidence. It’s time to show off your excellent skills in the game!