How Do Paintball Guns Work? The Best Answer For You

When you are planning a professional paintball gunfight for the first time, many questions will arise. What exactly do you need to prepare? After all, how do paintball guns work?

Don’t worry. Here Paintball Advisors will tell you exactly what you need to know. This information includes how paintball guns work, from reloading to when the bullet is fired, and how to take down your opponent.

Let’s take a look at the following information! 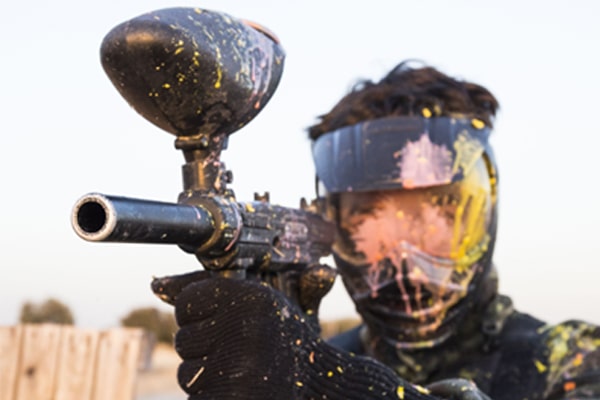 Knowing how it’s constructed will make it easier to figure out the method for paintball guns work.

Paintball is a game that first appeared in 1980 and continues to inspire young people. Although not popular with other sports, paintball is getting more and more players.

Paintball guns are true to their name and have a simple structure consisting of paintball and guns. Accordingly, paintball is also the most important piece of equipment.

But instead of other sports like tennis or football, we only need a few balls. In paintball guns, the number of paintballs can be up to a few dozen or a few hundred.

These paintballs are like small pills or oil beads that have no paint in them. Outside such paint tablets is a thin layer of gelatin. Inside they are a drop of colored liquid. Of course, they are completely non-toxic, completely water-soluble, and biodegradable.

Another name for paintball guns is a maker. This naming will determine the construction and operation of the gun.

Specifically, it means that the paintball is fired at high speed. To do this, the paintball needs a compressed air system (could be CO2 or N2 or regular air). This compressed-air after storing long enough just waits for you to pull the trigger, it will push the balloons out of the gun.

This compressed air tank is usually attached to the gun during movement. And the gun is supported with a funnel of balls to ensure the paintball is fired continuously while you fight. 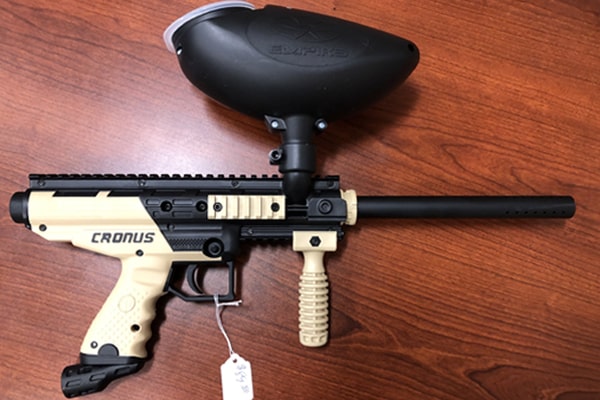 Step by Step on How Do Paintball Guns Work?

Now, you can rely on the structure of the gun to imagine how it works as follows:

Depending upon the number of bullets fired each time, Paintball guns currently have two versions for us to choose from: mechanical and electronic.

The type of paintball gun is mechanically simple and structured and how it works. They need you to constantly reload, change ammunition, and only fire single bullets. Accordingly, the bullet speed is at an average of 200-275 ft/s.

However, there are now more mechanical guns born and the speed has also been improved to 300ft/s. Moreover, this gun is extremely easy to assemble and has a very affordable price.

So, you can completely invest in buying a machine gun to satisfy your preferences without worrying about spending too much!

The electronic paintball gun will release a large number of paintballs in one stroke thanks to the circuit board. They act as a control panel, so when you pull the trigger, let it take care of the rest. That’s why the electronic gun is also called an automatic paintball.

Many people prefer to use it because of its convenience and ability to shoot accurately. But in return, the price will be slightly higher than the machinal gun.

Of course, you can also invest in an electronic paintball or buy a decent quality one, as long as you feel comfortable with your decision.

How To Control The Paintball Well?

Paintball weighs only a few grams and has a radius of less than 1 cm. These paintballs when fired from paintball guns have the power to create a small explosion with a radius of up to 13 cm. Therefore, it will be very difficult to shoot the enemy at a far distance. 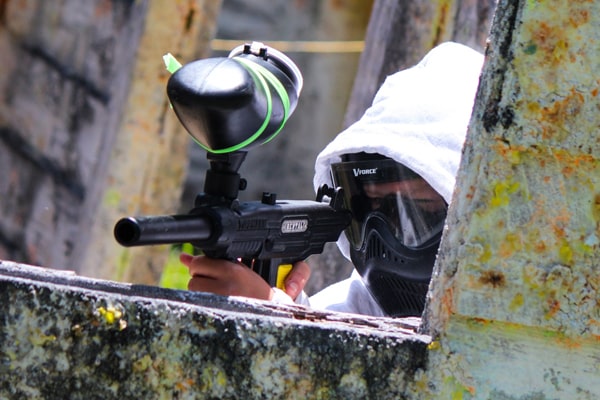 Besides, to reduce damage during combat, most manufacturers have adjusted the paintball’s flying speed when coming out of the barrel to only fluctuate around 90m/sec.

Adjusting the paintball’s flight speed has specific effects. One of the puzzles was that paintball wouldn’t be able to hurt someone. If it touches your skin directly, you’ll probably only get a slight bruise. But as for the eyes and face, which are two vulnerable places, people are required to wear protective gear while fighting.

Therefore, to control and hit the target with a paintball, you need to tilt the gun at an angle of 30-45 degrees when shooting. It sounds absurd, but this is a way based on the physics of the movement of a spherical object in space. This way both saves bullets and increases the chance of hitting.

This knowledge will help you adjust the shooting base as well as hit the target more easily. Plus, you’ll be able to decide for yourself a mechanical or electronic paintball gun. Good luck with your choice.

Thank you for your interest in the article!