You’re looking to refresh your arsenal of paintball ammunition but don’t know which paintball gun to buy. Today, we will talk about one of the best paintball guns for heavy-duty – Empire Sniper.

Empire Sniper offers an impressive design in terms of style and tactics. Behind the somewhat robust design, the durable build quality on the inside also impresses masters of paintball.

What makes it stand out among all the paintball markers out there? 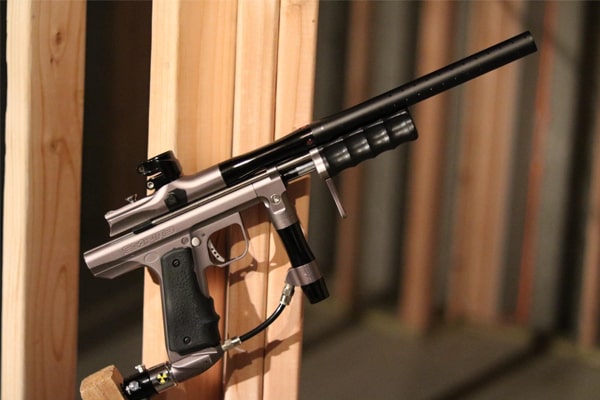 The Empire Sniper paintball marker has a comprehensive design. The gun provides all you need for an intense match. You just need to prepare one more compressed air tank, paintball, and hopper. After that, you are ready for fighting.

Its beauty radiates from its sophistication. Everything seems minimalistic. However, the parts and weight are “balanced” at all points.

The marker is much lighter than other paintball guns. Its lightweight increases portability and ease of movement. Players probably do not spend much energy on other bulky weapons.

The tank has an excellent design which is easy to use. You only need to press the regulator to allow or prevent gas from entering the controller.

The components inside the gun are solidly constructed and well built. Stainless steel pump rods give you peace of mind that it always does its job.

The pump handle is a striking design that allows you to maintain a steady rate of fire. It is not picky about tanks and hoppers. Thus, you can have more options.

In addition, the Empire has a pump feeding tube. This design allows you to shoot faster than using conventional paintball markers.

As I said above, if you are not too concerned about the price, immediately put money into this paintball gun.

Empire manufactures its line of paintball guns to the highest technical standards. Besides, they also pay much attention to building materials and structures. So it has not only respectable performance but also unmatched durability. 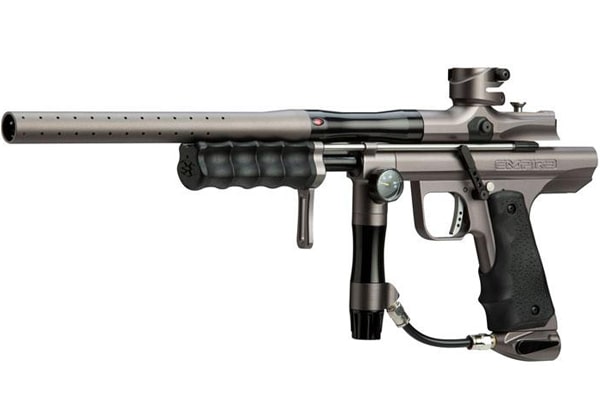 With an Empire Sniper gun, you don’t have trouble maintaining. That doesn’t mean you’ll arbitrarily mistreat it.

You should follow some manufacturer’s rules to prolong the life of your “combat friend.”

The first is that you need to clean it after each match with a towel. You also need to check and lubricate it time by time (pump rod or regulator) to keep them fed.

If you have economic conditions, you can buy a professional maintenance kit. It will be the perfect protection for your Empire Sniper marker. 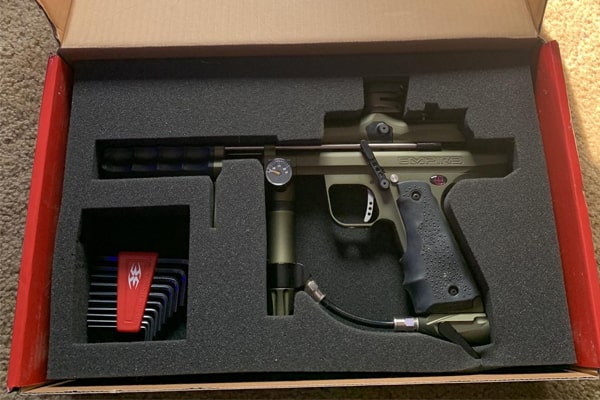 Instead of the above advantages, there is not much praise for Empire Sniper in its upgrades and customization.

The first is about color. You see, it’s almost exclusively black. If your gout is for aesthetic paintball guns, then the Empire Sniper marker is not a priority for you.

Customization is also not the point of this paintball gun. If you ask if there’s something you can replace, it’s just a tank and hopper.

However, one may not pay much attention to these two things when seeing what it does in the field. 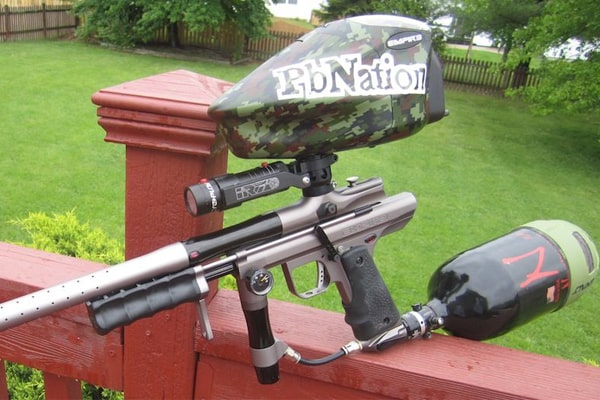 A good paintball gun like the Empire Sniper also has its advantages and disadvantages. What are they?

Besides the ultimate Empire Sniper paintball gun, you can also refer to a few similar alternatives as follows:

Planet Eclipse is a brand that has been around for over 20 years in creating super markers for professional tournaments. The Planet Eclipse EMEK 100 is one of the premium markers it offers.

This paintball gun has a relatively soft price compared to products in the same high-end paint gun segment. However, its performance makes many opponents wary.

The Dye M3+ is one of the most expensive and high-end paintball guns on the market. It offers a stunning design and unsurpassed shot capabilities.

The Empire Ax 2.0 is also a premium product for the master of paintball.

According to the reviews of those who used the Empire Sniper gun, it is one of the most completed paintball guns. Its signature design gives you peace of mind in the field.

Many people also improve and level up their paintball skills thanks to the marker.

The only thing is that the price is not very pocket-friendly. But come on, it’s worth every penny!

Here are the questions we got about the Empire Sniper gun:

Can I remove the hitman plate?

You can do it by unscrewing two screws. It’s straightforward.

Should I use HPA or CO2 for this marker?

Compressed air (HPA) is better in this case.

It is pretty light compared to conventional paintball guns. The weight of the marker is only about 3.52 pounds.

Despite its respectable performance, the marker has a pretty high price tag compared to regular paintball guns. But if you don’t care about that, it’s still a good investment for a tournament.