Detailed Empire Mini GS Review: Is It The Best Choice For You?

Empire Mini GS is an innovation that impresses paintball players. Mini GS is the upgraded version of the mini that Empire launched not long ago.

Although the first version did not receive much positive feedback from users, this Mini GS surprised everyone.

The surprise not only comes from the design, competitive price but also from the outstanding features. So what has the Empire Mini GS improved, and is it as surprising as advertised? Find out more in the following article. 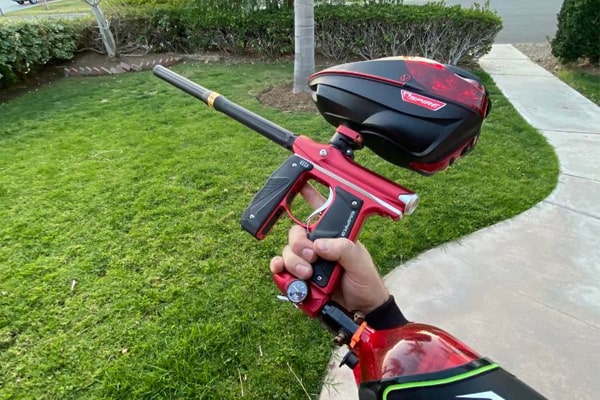 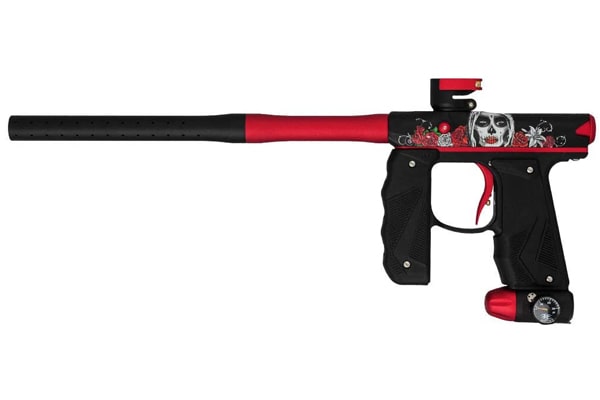 If you have learned about this paintball subject, you will surely know that the cost of a good gun is not cheap. However, this Mini version of the Empire’s launch is less than $ 300 for a paint gun with many features.

Launched not long ago, Empire Mini was not well received by the community because of many destructive features. But it seems that it is just a draft of the Empire to get consumer opinions for this Mini GS.

Accordingly, mini GS has wholly overcome the disadvantages of mini. In addition, it also equips a few more tools for a perfect player experience.

For example, the minigun has an automatic lubrication mode that makes it easier for players to use the gun. This one is the point that even other expensive firearms don’t have.

Another big difference of mini gs is that it has a feedneck clamp, which is probably the point that makes the mini-empire receive the most criticism.

Therefore, miniguns have appeared to make it easier to control the player’s gun. You can also check out a few other best paintball guns to see the importance of the feedneck.

If only speaking in general, it will be difficult for you to imagine the functions of the product. Therefore, PaintballAdvisors will analyze the product in the most objective way with both advantages and disadvantages.

Mini GS inherits and improves a lot from the previous mini version, so it should overcome the shortcomings in the mini version.

Empire Mini GS added a feedneck clip after receiving feedback about the mini performance without this accessory. 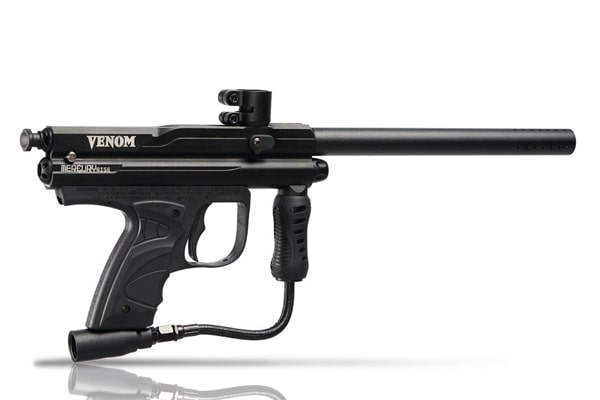 Mercury is a new brand, so not many people use it. However, perhaps because it was released later, it has overcome the shortcomings of previous paint guns. 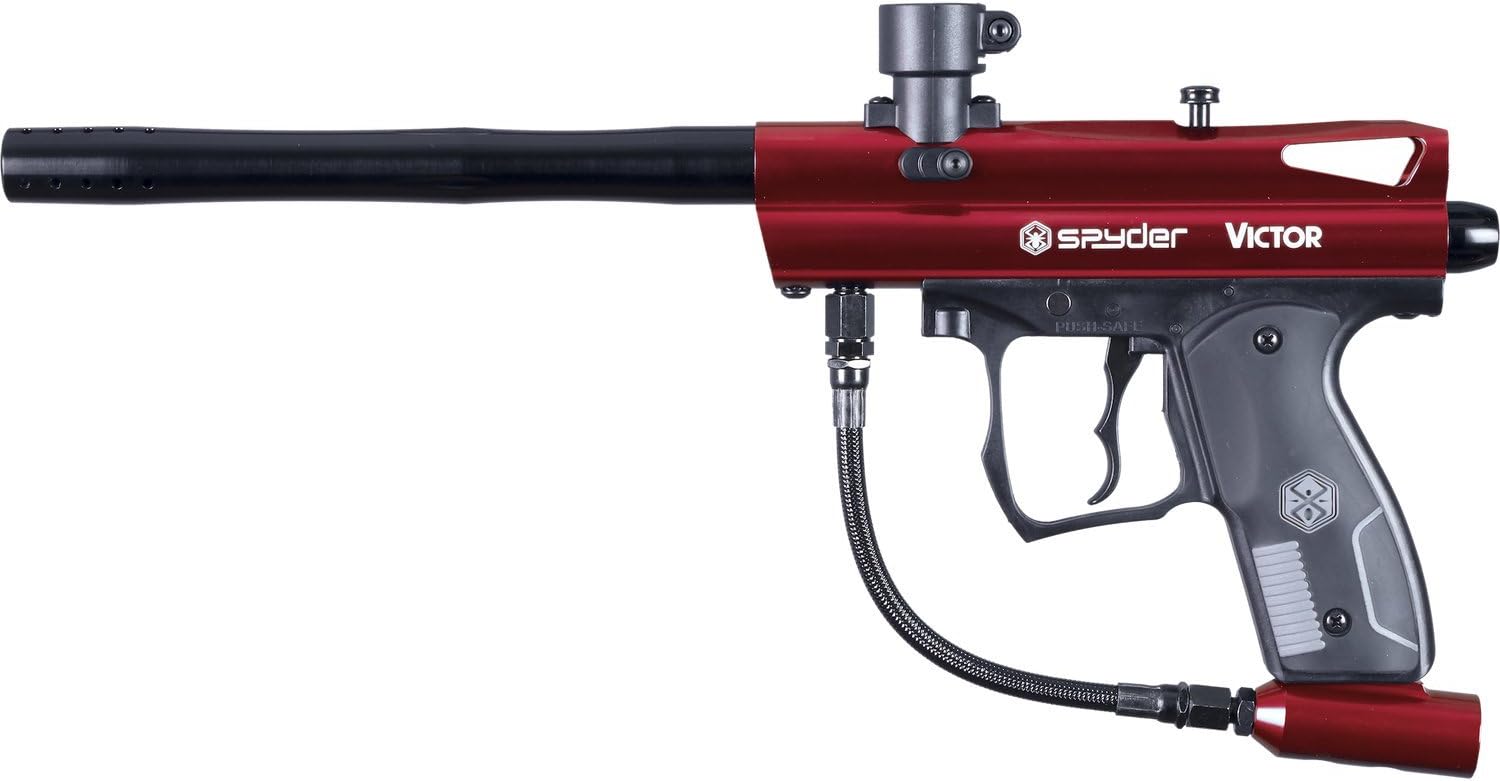 If you are a color lover, then Spyder Victor will surely make you satisfied.

There are not as many colors as the above two products, but Tippmann brings a design with a professional look.

There are few reviews about these miniguns because most people who want to invest in paintball guns already have favorite options. However, all the user reviews of this product are satisfied with their purchase.

Mini GS can meet almost any requirements that users expect. With such a low price and such features, many people are surprised to use it. The product is also small and light, making it suitable for women as well.

However, the size is also what many people complain about the most. Many people buy without reading the description carefully, so they are disappointed when they receive the product.

In contrast, others have hands or bodies that are too big, so they feel that the mini gs is an inappropriate product. 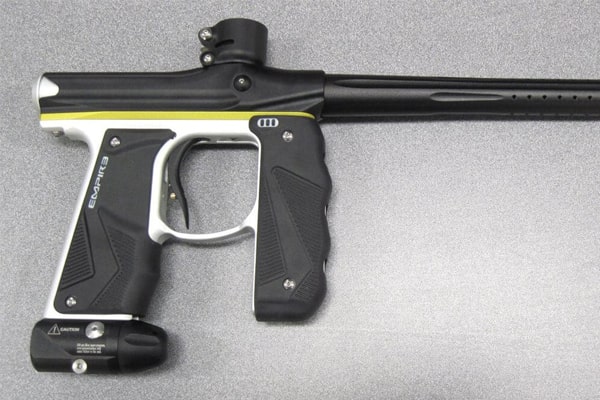 How to maintain the Empire Mini GS?

Maintenance is an essential step for a gun to last for a long time. This maintenance can be difficult at first because of the small size of the gun. However, you only need to learn a bit of time to be able to handle them easily.

Cleaning instructions for the Empire Mini GS are in the kit and tools. However, it will be somewhat confusing because there are no illustrations and the wording is slightly confusing. So you can find more visual tutorials on youtube and follow along.

How many shooting modes does Empire Mini GS have?

Expensive guns are unlikely to surpass the mini GS in this regard. Usually, a good and costly gun will have 2-3 different firing modes. But with Empire, even the mini version has 4 modes.

The Mini GS’s firing modes can be easily switched and observed. 4 methods include automatic and semi-automatic, continuous fire, and NXL mode.

How long can I use the Mini GS?

Usually, people will worry about the durability and shelf life of mini products.

With Mini GS, as long as you use it carefully, you can use it for several years. You can also disassemble the parts of the gun to replace and repair it when there is a problem.

Although there are mixed opinions about the Mini GS, this is a product worth trying. With an inexpensive price tag and a unique mini version, this is a memorable experience, especially for beginners.

The product has a low price, so you can freely transfer it or add it to your collection without regret. Thank you for reading!