Paintball grenades are a fun addition to a paintball game that offers a sense of surprise and efficiency. Keeping your expectations in check before using these explosives is essential since they may be beneficial if used properly.

This year’s best paintball grenade selections will consist of five distinct options. Each variety has its own set of benefits and drawbacks. Paintball Advisors will give you insights into how great they are.

Let’s dive into the details!

What are Paintball Grenades?

Paintball grenades are a type of grenade designed and used similar to those used in real military combat. they are a type of paintball fireworks used to spice up games and give the user an unfair edge.

Here are the five best grenade models available on the market. They are the result of considerable research and our paintball knowledge. All of those will satisfy your needs on the battlefield.

Let’s look at this high-quality grenade for paintball, which is ‎2.2 x 2.1 x 1.9 inches in dimensions and weigh roughly 8 ounces. This feature makes it lightweight for you to toss as far as you want.

This Empire BT grenade is among the few brands that employ high-quality RPS paint. RPS is described as “thick fill, ultra brilliant yellow with excellent coverage.” Many people appear to appreciate the grenade’s outside appearance, which is quite fashionable and pleasing to your eye.

This grenade is simple to operate. There are clips on the base that you may hook onto the belt or quickly place anywhere you like. At this point, you need to use extreme caution and avoid crushing them.

Once you’ve found your aim, all you have to do now is pull its pin out before tossing it. Remember to strike with enough force for it to pop the top cap off.

It’ll start spraying everywhere while it is popping. The paint spray has an efficient range of up to roughly 40 feet. Therefore, you’ll be able to cover a pretty large area with this paintball grenade.

If you are on a tight budget, this choice may not be ideal for you since there are many affordable paintball grenades with a decent performance.

Once you get this Empire BT grenade in your hands, you will receive the best overall value ever. So, do not be afraid to spend your budget on it.

This grenade, which comes with a brilliant RPS paintball fill, may be valuable in any furious paintball combat. Its effective range is around 30 feet, which is pretty much the maximum distance you will be able to toss anyhow.

The paintball grenade may spin and discharge the paint contained within once it falls. The spray range, which is large enough to knock down many players at once, is the outstanding feature of its action.

A single toss, if executed correctly, can provide you a competitive advantage by striking a wave of terror through your opponent’s ranks. A hit also cost them some valuable points, making it more straightforward for you to take the victory.

Your opponents  may notice you throwing your bomb at them. But don’t worry, it allows them to fear and flee while you focus on the shooting!

The M12 is not only a functional paintballing gear, but it may also help you finish the game faster if used appropriately. Its only downside is the 12-ounce weight, which may not be comfortable for a gripping experience.

Overall, the BT M12 paintball bomb is one of the greatest paintball grenades on this list, thanks to its field efficiency and operational reliability.

Tippmann has won its spot among the aces on any military gear list as a favorite choice in the paintballing market. This assortment of paintball grenades reviews is no exception.

Tippmann Big Boy with Pull Pin is properly called when it comes to huge things, as it packs a punch powerful enough to evict even the most obstinate paintballer from their protection.

Expect a massive panic wave among the opponent ranks if you manage to slip one beyond their lines. It not only has a long effective range of approximately 30 feet and a non-explosive shell, but it also has a realistic appearance.

No one may mistake this Tippmann grenade for the real stuff, but it will be impressive enough when you throw it and scream out loud, “bombs away!” Giving this call may induce your enemies to leave their position if they know you’re carrying grenades.

The pin structure is nearly identical to the previous generation’s; the only notable variation is that the weapon is a little lighter this time, weighing in around 10 ounces.

This grenade is an excellent way to spice up your paintballing experience while also providing a strategic advantage that will keep you ahead of your enemies.

Many people may not like the way it’s longer (7.4-inch length) than other competitors. This characteristic makes it somewhat unreal.

Undoubtedly, the Tippmann Big Boy Paint Grenade has earned its spot among the best paintball grenades because of its versatility and effectiveness.

The BT Paint M8 packs the same impact and thrills as its larger brother but in a smaller compact. It works out well because it is significantly lighter than the competition, at roughly 8 ounces.

If you throw it properly, it can easily traverse a range of 30 feet and spray the paint all around the impact zone. You may use it to attack numerous enemies at once because it rotates and sprays simultaneously, primarily if they are gathered close enough.

Its small weight makes it ideal for quick throws if you need to defend your escape. If you are confused about the paint inside, worry not!

It is because, like other bigger cousins, this Empire grenade is filled with a non-toxic, bright, and biodegradable RPS paint that can be seen from a long distance. That is, if your enemies are hit, they cannot deny later and escape from your sight.

The M8 is as amazing as its larger cousin, and despite the smaller size (and lower price), it’s just as useful on the field and better on the throwing distance. It is without a doubt the greatest paintball grenade for people on a budget.

The last option on this list is Tippmann Big Boy II, which has the same tube as the Big Boy version above, and many paintballers favor it as well.

It weighs roughly 10 ounces and contains a large amount of paint. It can cover a range of up to 40 feet, which is a considerable amount of space. All you have to do to make this operate is pull the pin.

It is reasonable to assume that this Tippmann bomb has the same characteristics as other models, but there are several disadvantages to be aware of before making a purchase.

From the outside, Tippmann Big Boy II seems to be a paint-filled elastic tubing. Remember not to try to unclip it since it is crimped at the bottom. If you do, you’ll end up with spray paint all over the place.

If you are searching for the best Tippmann grenade with a broad spraying range, the Tippmann Big Boy II is the perfect option.

Our best paintball grenades are detailed in the review compilation above. However, there is an array of paintball equipment on the market; we will provide you with helpful advice.

We strongly suggest you to review the following sections to have a better understanding of your product and make informed choices:

The effective range of most paintball grenades is roughly 30 feet, and you should never go for anything less than 5 feet. Because you’ll be the one throwing the paint grenades, they won’t go much more than 30 feet.

However, you cannot compromise since it is pointless to carry grenades on the battlefield unless you can hurl them at the enemy team from a respectable distance. That brings up another point: weight — more prominent grenades are more difficult to toss.

You will have to toss some before deciding on a product, but it’ll be worth the effort since paintball grenades may be a helpful tool if utilized correctly.

To counter this, we have to emphasize that lighter isn’t necessarily better. Choose an item that you can throw effortlessly; if 12 or 13 ounces is adequate for you, go for it.

If you are able to strike the projectile many feet away, do not go lighter. It is because larger grenades have more paint on them.

It may appear a bit confusing regarding capacity and weight, but we do not aim to contradict ourselves. Our goal is straightforward: strike a balance.

Most paintball materials are non-toxic, and the primary colors used in paintball munitions and grenades are food colorings. However, it would be best to double-check that the goods you will purchase have a non-toxic label.

Verify with the makers if this isn’t the case. Furthermore, the elements must be completely biodegradable, which means they must disintegrate into simpler molecules over time.

They will be an environmental threat if this is not the truth. Thankfully, most trustworthy manufacturers ensure that their products are environmentally-friendly.

Do not be cheap, but do not be extravagant either.  Instead, strike a balance between getting your hands on one that won’t let you down but won’t make you stick to it.

Try to balance the user experience and your personal finances so you can save a great deal of money for your savings.

We suppose a handmade grenade could be superior to one purchased online, but there is a reason supporting each one.

You are better off with homemade solutions if you are prepared to put in the effort, resources, time, and attention to produce many paint grenades yourself.

There are several stages to follow, and if you make a mistake, it’ll all be for naught. However, we say so simply because you may customize a homemade grenade to your liking and therefore optimize its utility.

Of course, you are better off with a commercial product if you appreciate standardization or do not want to waste hours on a DIY effort.

Finding the best paintball grenade for your paintball game does not have to be complicated. That said, you will need some research and time spent trying out a few various models.

You should also learn how to toss these explosives successfully. To operate, they need to hit a solid object once you withdraw the pin. We are always interested in what our readers think are the most excellent paintball grenade options.

Our best overall, the Empire Paintball BT can improve your team’s cohesion and help you win more games against your opponents. 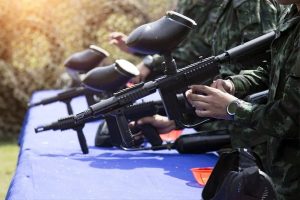 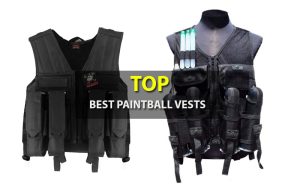 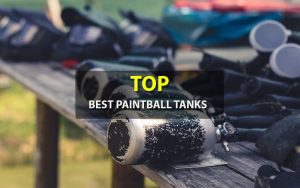 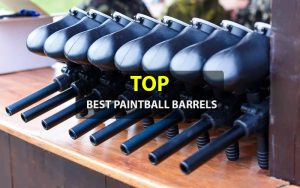 Top 9 Best Paintball Barrels In 2021: From Beginner To Expert 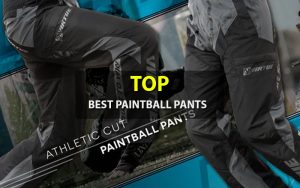 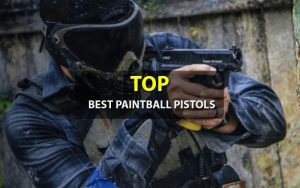